3 Things to do today to Improve Your Health

3 Things to do today to Improve Your Health 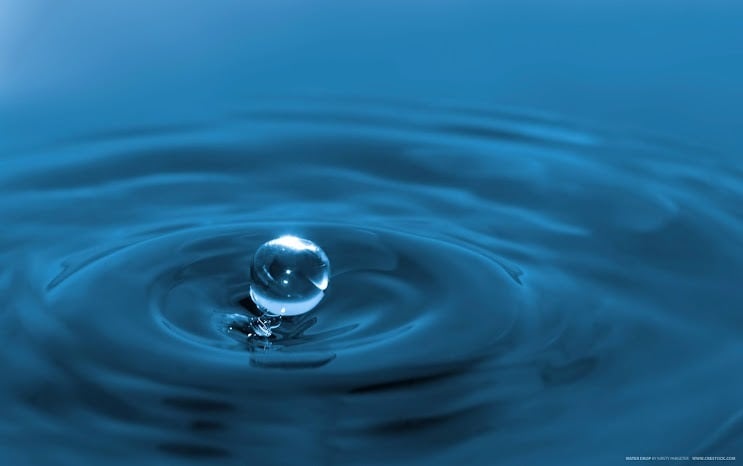 Most of us are aware of the basic strategies touted for improving health. Increasing intake of healthy foods, exercising, smoking cessation and weight loss are some common examples, but there are some other health secrets on the cutting edge of research that you might not know about. Here is a list of the top 3 on my list.

1. Be a Better Host to Your Bacterial Guests-Emerging research is starting to uncover the important link between the microbiome of our body and our health. For years researches have understood how these bacteria play a role in the health of our gastrointestinal system but exciting new research is implicating these bacteria in a much broader health context.

First, it is important to gain perspective on how many of these organisms we are hosting. For every one human cell that makes up our body, we have 10 bacterial cells that outnumber it! That means we humans carry more bacterial genetic information than human genetic information. These bacteria live everywhere in our body and concentrated in the greatest numbers in our colon where they influence a multitude of factors related to health.

Over past hundreds of thousands of years our bodies and the bacteria have developed a mutually beneficial relationship. With over 10,000 different bacterial species that can possibly inhabit our body, it is important that we create an environment that fosters the species associated with the most health benefits.

Emerging research is solidifying the link between different bacterial species and health. One system of the body that seems particularly influenced by these bacteria is our immune system. This is no surprise considering that 70% of our immune system is located in our gastrointestinal system where the majority of these bacteria make their home. Clinical trials have shown that children who consume probiotics that contain good bacteria have lower incidences of upper respiratory infection compared to children who did not take probiotics suggesting a positive effect on immunity . Human and animal research has also confirmed the role of gut flora in inflammation, weight loss, insulin resistance, allergies and even mood and temperament.

If emerging research continues to validate the critical role of microflora in our health, improving your gut bacterial balance might be one of the most important factors in improving health.

Here are 4 easy steps to improving your gut flora today:

-Eat more fiber-Fiber contains the nutrients and food necessary to feed the good bacterial that live in our gut. These “prebiotics” can only be consumed by the beneficial bacteria in our colon and provide an environment that fosters the growth of good bacteria and inhibits the growth of bad bacteria. It is important to consume both soluble and insoluble forms of fiber including the fiber in whole grains, legumes, fruits and vegetables. Variety is important because each type of food has a different type of fiber that helps to produce a wide array of nutrients for the bacteria.

–Reduce Junk Food and Processed Food–Processed foods typically lack fiber and due to processing are very sterile. They provide a large degree of calories that are absorbed in the upper intestines but leave no fibrous residues to feed the bacteria in the lower intestines. In addition, they contain additives and compounds that can irritate the lining of the intestines producing inflammation and detrimental microbial shifts.

-Minimize Antibiotic Usage-Although antibiotic therapy is often necessary, overuse can contribute to long term negative shifts in gut flora. Antibiotics can kill the bad bacteria that cause illness but they do not discriminate and also readily kill the good bacteria in our bodies as well. It is important to talk to your doctor about the use of antibiotics and ask him or her if they are absolutely necessary. Many doctors prescribe antibiotics simply because of patient pressure so other options may be available. If you have to take antibiotics, make sure to take a probiotic supplement during the antibiotic administration and for at least 7 days after the course is complete.

-Consider the use of a probiotic-Probiotic supplementation has shown a multitude of health benefits. Although researches are still apprehensive to claim that probiotics are the ultimate fix for bacterial balance there is enough evidence in the research to suggest their positive overall impact on health. In addition, probiotics have an excellent safety record and are safe to use in infants as well as elderly patients.

-Eat more cultured food-Most people are aware that yogurt is good for the gut bacteria but there is no guarantee that the yogurt you buy in the store still has any live active cultures. The best way to ensure that you are getting good, live bugs for your gut is to make your own cultured foods. Homemade yogurt, kiefer, cultured vegetables and sauerkraut are the best ways to boost the intake of friendly bacteria.

2. Eat More Phytonutrients-Phytonutrients are the chemical compounds in plants that may have biological role but are not established as essential nutrients. A good example are the phytonutrients in plants known to be powerful antioxidants like the anthocyanins contained in blueberries.

For many years it was thought that vitamins in minerals contained in fruits and vegetables were the reason why these foods were associated with improved health. While these nutrients do play an important role in health new research is uncovering the important role of phytonutrients.

These phytochemicals provide an abundant source of naturally occurring antioxidants and have even been found to alter the expression of our genetic expression. For example, some of the phytochemicals in broccoli and turmeric increase the activity of our genes responsible for the production of glutathione. Glutathione is our body’s most powerful cellular antioxidant and is considered a vital key to health.

Phytonutrient evaluation of food consistently shows that organically grown food has significantly higher levels of these health giving chemicals vs. their conventionally grown counterparts. This is likely a result of the fact that phytonutrients are often produced by plants as a protection mechanism from predators. Plants grown with pesticides need less of their naturally occurring repellants to thrive. So eat organic and get more of these important nutrients and less toxic residues.

3. Optimize your Intake of Vitamin D3-Did you know that the “sunshine vitamin,” also known as vitamin D, is something of a misnomer? Technically, it should be classified as a prohormone (a substance that your body can convert to a hormone), but it was discovered in food before scientists realized that the body’s primary source of vitamin D is exposure to the rays of the sun.

Many experts consider activated vitamin D (1,25-dihydroxyvitamin D) to be the most powerful steroid hormone in the human body. Over the past 15 years, research has linked vitamin D to amazing health benefits including its most well known role in supporting the health of our bones and skeletal system. But did you know that numerous studies have also shown that vitamin D is critical to overall longevity, cellular health, immune function and optimal cardiovascular function?

If you live in North America and do not spend the majority of your time outdoors in the sun than I firmly believe that if you were to only take one vitamin supplement, hands down it should be vitamin D. In addition to its role in supporting healthy bones here are some other reasons why vitamin D is so incredibly important:

Longevity: Simply put, taking vitamin D can help you defy death! Several studies have now alluded to vitamin D’s ability to reduce overall mortality, which simply means that individuals with higher blood levels of vitamin D tend to have a reduced risk of dying from any cause.

Cellular Health: Vitamin D has shown impressive results when it comes to influencing cellular health. It plays an important role in promoting normal cellular growth and cellular longevity. Over 30 years ago, it was hypothesized that vitamin D deficiency was correlated to increased risk of abnormal cellular growth in the colon. Since then, dozens of studies have supported this theory. A 2006 review found that increasing blood levels of vitamin D to 35ng/ml reduced the risk of abnormal cellular growth in the colon by 50%! A more recent review of previous studies also showed an impressive 33% risk reduction among those with higher blood levels of vitamin D.

Cardiovascular Health: Vitamin D levels have been closely correlated to many aspects of cardiovascular health. Its role in the body seems to influence the control of blood pressure and the maintenance of healthy arteries. One very large study followed nearly 50,000 healthy men for 10 years and found that those who were deficient in vitamin D were two times more likely to have a heart attack vs. men who had adequate levels. Other studies have correlated adequate vitamin D levels to many improved parameters of cardiovascular health.

The best way to determine your optimal intake of Vitamin D3 is to have your doctor do simple blood test to measure your Vitamin D3 levels. Daily supplementation between 2000iu-5000iu is often sufficient to get blood levels into the optimal range of 45 ng/ml-65ng/ml although some people might need megadoses if blood levels are very deficient. Blood levels should be monitored every 3-6 months until optimal levels are obtained and then annually after that.