Why Going Gluten-Free Is a Good Idea for Most People

Why Going Gluten-Free Is a Good Idea for Most People 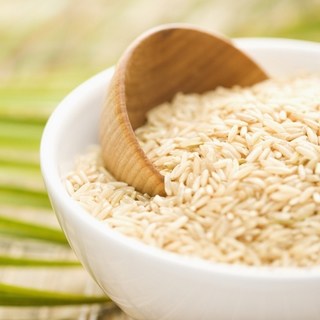 It is hard to look on any store shelves these days and not see something that is advertised as “gluten-free”. The FDA has even rolled out new standards requiring products labeled as gluten-free to meet certain criteria. The overwhelming demand by the public for gluten-free products is what prompted the agency to set the bar for regulation.

What Exactly Is Gluten?

Gluten is the protein molecule primarily found in the wheat grain. It is also found in oats, barley and rye. It is this protein that makes flour made from these grains desirable for certain applications — it acts like a glue (“glu-ten”) and gives baked goods and breads that wonderful chewy texture and mouth feel.

Gluten-free diets are certainly popular these days, but are they all hype? It is common to hear them recommended for weight loss, skin problems, autoimmune diseases, arthritis, depression and even ADD/ADHD. How is it possible that one food (that tastes so good) could be bad for so many people?

Celiac Disease and the Origins of “Gluten-Free”

For many years, doctors routinely told patients that if they were screened for celiac disease and it was negative, then there was no good reason to avoid gluten-containing foods. This advice was often given even after the patients themselves documented negative reactions to gluten! Over the past 20 years, doctors and clinicians involved in nutrition have been noticing that many people who do not have celiac disease benefit when they eliminate gluten-containing grains from their diets. Up until recently, however, there was no documented scientific evidence to prove these people could be reacting to gluten, so clinicians had to trust their clinical observations.

A Breakthrough in Research on Gluten Sensitivity

Thanks to the research of Dr. Alessio Fasano, MD, the world’s foremost expert on celiac disease, we now understand why some people who do not have celiac disease benefit from a gluten-free diet.

Dr. Fasano discovered that even people without celiac disease can react to gluten, though this reaction is different from that associated with celiac disease. He also discovered that a person’s genetics will influence the degree of the reaction, which explains why some people have really strong reactions and others do not.

The reaction occurs in the intestines and involves the release of a chemical called zonulin. Zonulin triggers a state of permeability in the intestines, which allows substances to enter the blood stream that should normally have been confined to the intestines. Although this might not sound like a big deal, our intestines are not supposed to be permeable to this degree. When proteins and particles enter the bloodstream as a result of this hyper-permeability, the immune system reacts to these foreign substances as if they were viruses or bacteria. This process then triggers inflammation and immune reactions that can result in many different symptoms ranging from physical pain and mood changes to gastrointestinal symptoms, fatigue and skin problems. In fact, Dr. Fasano’s research has linked this reaction to gluten to some very serious health conditions, including rheumatoid arthritis, multiple sclerosis and lupus.

The issue has been further complicated over the past 50-60 years due to the selective breeding of wheat that has resulted in alterations of the gluten protein that seem to make it much more likely to trigger immune reactions.

New tests have also been developed that help to screen people for gluten sensitivities vs. celiac disease. I run these tests routinely on patients in an effort to determine if a trial gluten-free diet would be beneficial. As someone who never noticed a remarkable reaction to gluten, I was surprised when my own test came back positive, indicating I had a slight reaction to gluten! I have been gluten-free since and have noticed significant improvements in my energy levels and overall mental clarity.

Should YOU Go Gluten-Free?

So…..should you try a gluten free diet? For most people I say yes! Even though newer tests are helping doctors to more accurately screen people for gluten problems, they can still be quite unreliable. In my experience, 80-90% of people who try a gluten-free diet notice some type of improvement. For some, it is dramatic and for others it is subtle. However, you may never know the benefits unless you try it.

Typically, a four-week trial period of gluten elimination is usually enough time to determine if you will benefit from being gluten-free. After the four weeks of elimination, try a reintroduction day. This involves eating a large serving of wheat (a large bowl of pasta, several slices of bread, etc.) after the four weeks of elimination. Monitor how you feel for 24-72 hours after the gluten load. If old symptoms reappear or you feel terrible, then it is likely you are gluten sensitive.

November 16, 2018
PrevPreviousWill Power-Understanding WHY We Crave
NextWhat to do Today to Prevent Cataracts-Natural Support for Healthy EyesNext
On Health