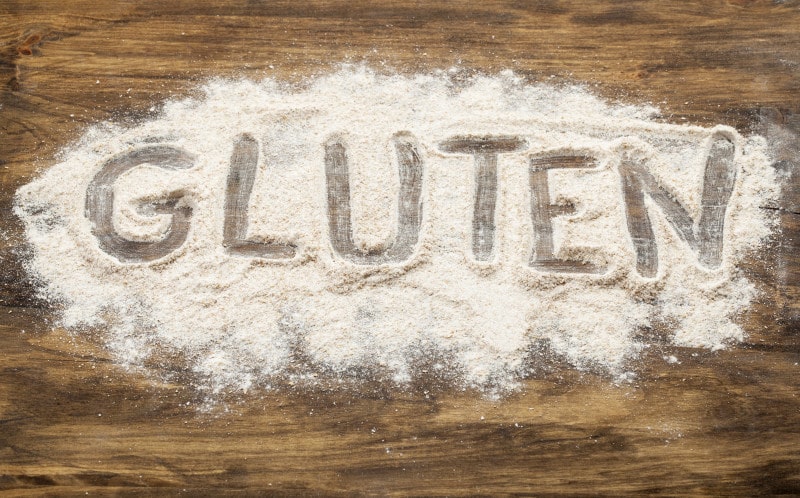 The most common known reaction to gluten is celiac disease, but other complications associated with this food based protein are becoming common.
Recorded symptoms of celiac disease date back to the 2nd century Romans. The most complete description of the condition was recorded by Samuel Lee in 1888. However, it was not until 1952 when the Dutch pediatrician, WK Dick, showed that children with celiac disease improved during World War II when wheat was unavailable in the diet. This observation solidified the link between food and celiac disease, giving rise to the gluten free diet.

The rates of celiac disease, as well other gluten related disorders, are rapidly rising in the US. Research shows that this increase cannot be explained by genetic factors or increased recognition. Non-celiac gluten reactions were once considered rare, but are now estimated to affect nearly 10% of the population. The reason for the rise is unclear, but some theories suggest changes in the environment of our planet and bodies are related.

• Changes in how wheat is produced: New breeding techniques and storage methods, which can involve artificial substances, alter the structure of gluten and can sensitize our immune system to this protein.

• Increased Exposure: The increase of gluten related disorders is not surprising considering its relatively recent addition to our diet. Approximately 10,000 years ago, humans began the practice of agriculture, and as wheat production made way to cultures around the world, symptoms of celiac disease were recorded. Wheat currently stands as a top food source in the world, providing 50% of the calories for industrialized and developing countries. Due to its recent introduction, the human body may not be equipped to handle consumption of a single variety of grain at extreme levels, yet the average American consumes approximately 132 pounds of wheat per year.

• Gut Microflora: The gut biome, or microbial colony inhabiting the gastrointestinal tract, is of interest regarding the development of celiac disease and gluten reactions. Abnormalities of the microflora can be found in some individuals with celiac disease and are common in children with allergic disease. Antibiotic use, a common disrupter of gut microflora, has been associated with celiac disease. Babies born by cesarean section also showed higher rates of celiac disease later in life when compared to infants born vaginally, suggesting that the colonization of a baby’s gastrointestinal tract can play a role in gluten reactivity.

Interesting research stems from the work of two doctors at MIT who study the connection between the use of glycophosate, a common herbicide, and the development of celiac disease. Glycophosphate, also known as Roundup, is toxic to our beneficial gut bacteria and is known to cause unfavorable shifts in the gut microbiome. Dr. Stephanie Seneff, a lead researcher at MIT, believes this a major reason why rates of celiac disease are increasing at an alarming rate. Spraying wheat with glycophosphate just prior to harvest improves the yield and streamlines the process for farmers. Dr. Seneff’s research shows strong correlation between increased use of glycophospate on wheat crops and increased incidence of celiac disease. You can click this link for a more in-depth review of this research.

• Infections: Yet to be proven, infections are suggested as a possible trigger for development of celiac disease and other forms of gluten reactivity. A cohort study following 1,931 infants in the United States found that frequent rotavirus infection, the most common viral cause of diarrhea in infants, predisposed them to the development of celiac disease. Along with the documented rise in celiac disease cases worldwide, there has also been a rise in other gluten related conditions including wheat allergy and non-celiac gluten sensitivity.

• Wheat allergy: This condition is an adverse immunologic reaction to wheat. Wheat is currently ranked one of the eight most common IgE mediated food allergens in the US. Reactions vary and can include both immediate and delayed onset of skin, gastrointestinal, and/or respiratory symptoms. Wheat allergy has also been known to cause a rare condition called “Food dependent exercise induced anaphylaxis” (FDEIA), which occurs when someone with a wheat allergy has an exposure prior to exercise. Symptoms can range from hives, to swelling of the lips, and even shock.

The Effect of Gluten on the Gut and our Immune System:

In addition to breaking down and absorbing food, our gastrointestinal system serves as a microscopic barrier. This function allows the body to select what to absorb and what to pass through. Research shows that compromises in the gut’s barrier function can contribute to autoimmune disease, allergies, and inflammation anywhere in the body.

Here is how it happens. When the barrier breaks down, (imagine tiny tears in a cheesecloth) proteins that would not normally pass into the blood stream are allowed through. Our immune system is programmed to react to foreign proteins because proteins are the markers on the outside of bacteria and viruses that trigger the body’s defenses. The triggering of the immune system typically results in inflammation and, in some cases, cross reactivity with human cell proteins resulting in autoimmune reactions. Interestingly, people may experience inflammation in different areas of the body. Some may have problems in the joints, others on the skin, and others in the brain.

The leading researcher of gluten’s effect on the gut, Dr. Alessio Fasano, has shown that gluten causes gut permeability (often referred to as leaky gut) in people with celiac disease, wheat allergy, and non-celiac gluten sensitivity. Understanding gluten’s role in causing leaky gut helps us understand how a reaction to gluten may cause irritable bowel syndrome in one person, but may cause joint pain, eczema, migraine headaches, brain fog, or neurological symptoms in others.

Interesting new research by Dr. Fasano shows that gluten causes gut permeability, even in those with no known allergy to gluten. Perfectly healthy people without celiac disease, wheat allergy, or non-celiac gluten sensitivity get a degree of gut permeability when eating gluten. Luckily, the gastrointestinal system is one of the most rapidly repairing organs in the body, so healthy people withstand some of the permeability caused by gluten. However, if repeated exposures are common enough, or someone has an immune related reaction, the repair mechanism is unable to keep up with the damage, and immune mediated inflammation occurs.

I recommend that anyone interested in eating wheat on a regular basis get tested to see if immune reactions related to inflammation have developed. Gluten sensitivity/allergy testing research and technology is finally yielding techniques sensitive and comprehensive enough to provide an accurate test. Cyrex Labs, in Arizona, is currently the only lab offering the industry’s gold standard blood test to detect gluten allergy and non-celiac gluten sensitivity. This test is not typically covered by insurance so your regular doctor is very unlikely to have it in his/her offerings of lab tests. It is however, one of the most useful tests for people suffering from chronic symptoms, autoimmune disease or chronic inflammation. Although relatively rare when compared to the amount of the population that have wheat allergy or non-celiac gluten sensitivity, celiac disease testing can be ordered by your physician through a standard lab.

For a limited time, Green Healing Wellness is offering a Gluten Testing Package which includes a Cyrex Array 3 Wheat/Gluten Proteome Reactivity & Autoimmunity test, a result interpretation consult with me, and a detailed resource guide with optimal food choices, shopping lists, where to find hidden gluten, and amazing recipes developed by my staff. This package allows us to offer these services at a great value, making now an opportune time to discover if gluten is affecting you and your health.

Listen to Dr. Passero discuss non-celiac gluten sensitivity with an expert on his radio by clicking here.