A Breakthrough in Cellular Health and Chronic Conditions: Exploring the benefits of CoQ10

A Breakthrough in Cellular Health and Chronic Conditions: Exploring the benefits of CoQ10 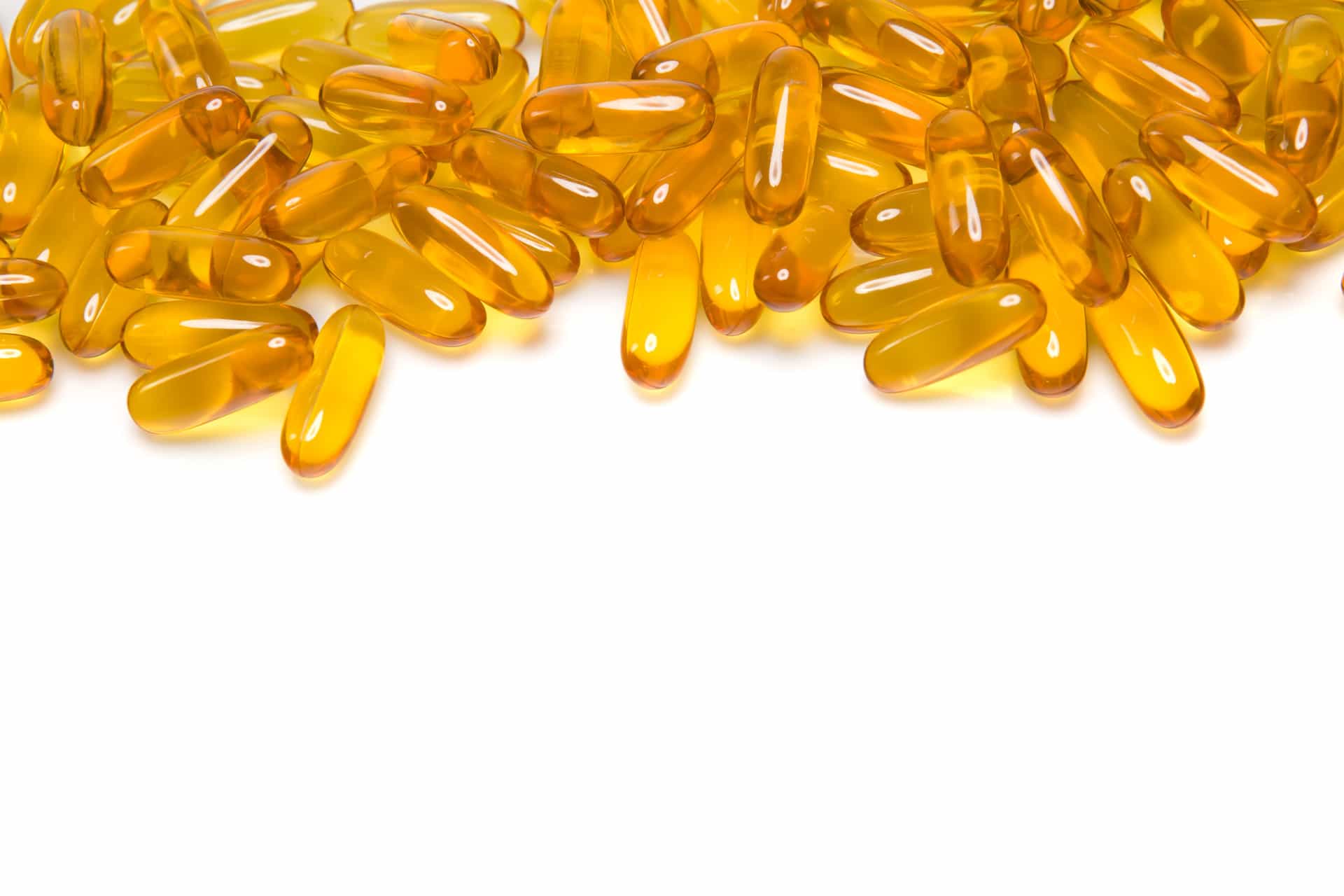 It’s no surprise that heart disease, cancer and stroke remain three of the top causes of death in the United States, with Alzheimer’s disease and diabetes rates on the rise as well.1 Americans are living longer but getting sicker, with chronic diseases skyrocketing.

Contributing factors include the country’s high obesity rate — more than a quarter (26.2%) of all Americans are sedentary, defined as not doing any physical activity outside of work for 30 days. Additionally, more than 30% of adults have hypertension, which may lead to heart disease and other cardiovascular-related illness and deaths.3

This doesn’t have to continue to be the state of America, however. Lifestyle changes can minimize your risk of developing a chronic disease, and managing your health by correcting vitamin and mineral deficiencies through diet and/or supplementation – can have a major impact on your wellbeing.

The value of CoQ10:
One such vitamin-like substance offering some promise in supporting heart health, promoting a healthy immune system and even fighting abnormal cellular growth4 is coenzyme Q10 (CoQ10), also known as ubiquinone or ubidecarenone. CoQ10 is a compound found naturally in the body. Our cells use CoQ10 to produce and harvest a particular type of energy from the foods we eat, called adenosine triphosphate, or ATP.

While optimal levels give us the energy we need to function well, many of us don’t have enough of it to keep us healthy and free from disease. It stands to reason that low levels result in a drop in ATP production, which may cause extreme fatigue, both physically and mentally. A CoQ10 deficiency can also cause:

• Depression
• Loss of concentration
• Irritability
• Reduced ability to handle stress
• Weak immune system
• Gum disease
• Inflammation – which can lead to a host of other chronic conditions
• A reduction in energy in cardiac cells, increasing the risk of heart problems

In addition to age-related decline, low levels of CoQ10 have been found among the obese and individuals with advanced degenerative states.5 A CoQ10 deficiency also is linked to a number of neurological disorders.6

While further research is needed to determine whether it may have a positive effect on many of these disease, several studies show promise with boosting immune function, supporting cardiovascular health, protecting the brain and helping to treat some chronic illnesses.

Weight Loss:
While the potential value in CoQ10 supplementation among the obese is still up for debate, studies have shown low levels of the substance in overweight people. Since CoQ10 is an essential cofactor for energy production, it is possible that CoQ10 deficiency may contribute to weight gain and obesity. A study found that serum levels of CoQ10 were low in 14 (52%) of 27 morbidly obese patients.7 Nine of these 27 individuals (five with low CoQ10 levels) received 100 mg/day of CoQ10 along with a 650 kcal/day diet. After 8-9 weeks, the mean weight loss in the CoQ10-deficient group who received supplementation was 13.5 kg, compared with 5.8 kg in those with normal levels of CoQ10.

Immune Function:
CoQ10 was first discovered in 1957, and in 1961, scientists first noted that people with cancer had reduced levels of CoQ10 in their blood. Since that time, some research has suggested that CoQ10 supports the immune system and therefore may be helpful as a supportive therapy for patients already undergoing traditional cancer therapies. At this time there is no evidence to suggest that CoQ10 can combat cancer when taken by itself. Because some antioxidants can interfere with chemotherapy drugs and radiation it is important to talk to your doctor about the use of any supplements while undergoing cancer treatment.

Because CoQ10 works with the body as an antioxidant, it helps to boost the immune system, which in effect can protect the body from a variety of both age-related immunosuppressive diseases and other chronic conditions. Several studies have suggested its immune-enhancing effects.8-10

Brain Function:
Co10 seems to have a particularly important role in brain health. Animal research has shown its ability to reduce the deposition of amyloid B-peptides in the brain associated with cognitive declines.11 The antioxidant properties of CoQ10 seem to have a particular affinity for the brain and neurons. Animal models have shown that supplementing with coQ10 before exposure to neurotoxic pesticides significantly reduces the damage inflicted on brain neurons.12 The pesticide used in the study to induce damage is the same type of pesticide associated with neurologic disorders seem in humans.

Heart Health:
The heart is the hardest working muscle in the body, beating every second of every day for our entire lives. Due to its primary role in the manufacturing of energy needed for muscle function, it is no wonder why CoQ10 plays an important role in heart health. Extensive research has been done on the role of CoQ10 in supporting the cardiovascular system.

Cholesterol lowering medications called statins have been shown to impair the left ventricle of the heart during the relaxation phase when it fills with blood (diastolic phase). Human clinical trials have shown that taking supplemental CoQ10 can reverse that dysfunction and improve the diastolic function of the heart in people taking statin medications.14 CoQ10 supplementation has also been shown to improve the systolic phase (contraction phase) of the left ventricle of the heart in people with systolic dysfunction.15

Diet and supplementing:
Small amounts of CoQ10 occur naturally in a variety of foods; highest levels are found in organ meats – including heart, liver and kidney – as well as in beef, sardines, mackerel and peanuts. As we age, our levels decline, regardless of diet. So supplementing as you age can help to minimize deficiencies.

Everyone can benefit from taking a CoQ10 supplement, since levels naturally decline with age. But it’s especially important for those with cardiovascular-related illnesses and anyone who takes cholesterol-lowering statin drugs, as statins deplete your body’s CoQ10 stores. Several other drugs also deplete CoQ10 including; beta blockers, type II diabetes medications and tricyclic antidepressants.

The Most Effective Way to Supplement:
When it comes to CoQ10, not all supplements are created equal. The most important factor related to the effectiveness of a CoQ10 supplement has to do with absorption. It is a fat soluble molecule so taking a product where the CoQ10 is in an oil base is the best option. Typically this will come in the form of an oil filled softgel vs. a dry capsule or a tablet. When CoQ10 is mixed with an oil during production a percentage of the molecule forms into crystals. These crystals cannot be broken down by the body which leaves a portion of the dose unavailable to your cells.

This is why my choice is a crystal-free CoQ10 supplement, which comes in the form of a fat-soluble gelcap. It produced using the highest quality CoQ10 from the industry leading brand, Kaneka™. Using a patent protected manufacturing process this supplement is produced crystal free for un-paralleled absorption. Clinical trials have shown that this proprietary, crystal free CoQ10 preparation is up to 8x more absorbable than powdered CoQ10 supplements and 2x more absorbable than other oil based “nano” CoQ10 softgels on the market. This product also contains no soy oils and contains no GMO ingredients which are common in oil based CoQ10 supplements.

Safety
CoQ10 supplements generally are well tolerated. The most common side effects are gastrointestinal symptoms, including nausea, stomachache and loss of appetite, rash and headache.

To receive more articles like these, join Dr. Passero’s newsletter!

November 16, 2018
PrevPrevious5 Things to look for When Choosing a Multivitamin
NextNew Year, New YouNext
On Health