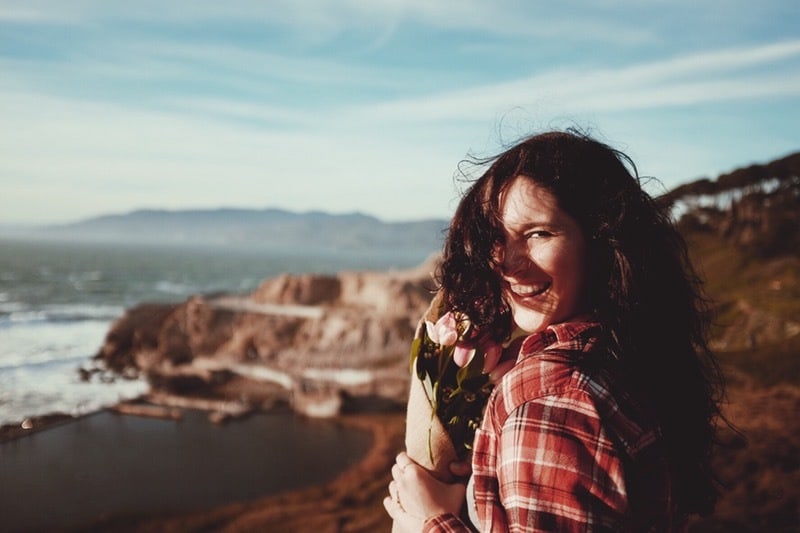 Many people understand the danger of being overweight and Americans spend billions of dollars on weight loss products to shed extra pounds, many of which have little clinical data and some of which pose significant health risks. While sustainable weight loss only comes from making changes to the diet and lifestyle, any safe and effective tool that can help along the way is always welcome.

Probiotics are associated primarily with gastrointestinal health but new research shows that the right balance of gut microflora can benefit other systems of the body including ramping up metabolism and supporting the brain and heart. The research on gut bacteria and metabolism goes back quite a few years and was one of the first discoveries showing us that these bacteria can influence our health in a very broad way. Initial research in mice showed researchers that the gut flora could make a dramatic difference in obesity rates. Mice born in an environment that created a sterile gut gained significantly more weight than mice born with normal gut flora. Additionally, they found that certain strains of gut bacteria were associated with differing rates of weight gain and differences in metabolism. The mechanism by which gut microflora alter metabolism are not totally understood but researchers have identified several possible ways. Certain strains of gut bacteria can harvest greater energy from ingested material yielding more calorie absorption for the host organism and resultant weight gain. Other mechanisms have been identified including increased inflammation, decreased brain signaling resulting in more hunger, increased production of signaling molecules that stimulate fat production, dysregulation of blood glucose and changes in the metabolic rate of fat tissue.

The most compelling research regarding this topic comes from experiments that use fecal transplantation. In this process, carefully prepared fecal matter rich in live bacteria is transplanted from one animal to another animal or human to human. A 2015 study in mice showed that obesity and insulin resistance induced with a high-fructose diet in adult rats was reversed with a fecal transplant from normal control rats despite no changes in the high-fructose diet. Another study used fecal material from twin mice, one of which was obese and the other was normal body weight, transplanted into sterile mice. Mice populated with the microbiome from the obese twin had increased fat and less bacterial diversity compared to mice populated with the microbiome from the lean twin. The data regarding fecal transplants in humans is emerging but one completed study showed a significant increase in metabolism and an increase in insulin sensitivity when people with type II diabetes received a fecal transplant from a healthy, non-obese donor.

While this research is compelling, most people are not rushing out to sign up for a fecal transplant to assist weight loss but it does clearly highlight the important role our microbiome plays in regulating metabolism and supporting weight loss. What we eat probably plays the largest role in influencing our gut microflora with vegetable fiber creating the most beneficial shift and highly processed sugar, carbohydrates, meat and unhealthy fats creating the most detrimental shifts associated with weight gain, impaired insulin sensitivity and inflammation. It also sheds light on the possibly of probiotics to shift gut flora and support metabolism and weight loss.

The research in humans and animals regarding probiotics and weight loss is also very encouraging. In one multicenter, double-blind, randomized placebo-controlled trial a specific strain of probiotic was added to yogurt cultured with the traditional cultures used to make yogurt. The yogurt without the additional strain was used as the placebo. The outcome of the study concluded that the yogurt containing LG2055 significantly reduced the abdominal fat, body weight and other measures suggesting its benefit on metabolism.

In the largest study to date evaluating the use of probitoics for weight loss, researchers conducted a double blind, placebo-controlled study with 225 healthy, overweight or obese individuals between the ages of 18 and 65. The study period lasted 6 months and used a specific probiotic strain called Bifidobacterium animalis lactis 420 (B420). Participants were assigned to one of four groups including a placebo group, a group using B420 only, a group using a prebiotic only or a group using the prebiotic and the probiotic. Researchers found at the end of the study that both groups given the B420 probitoic strain experienced reduced energy intake and reduced waist measurements compared to the other two groups not given the probiotic. These benefits were seen without any changes in diet or activity level.

Researchers also found that participants in the two groups taking the probiotics had reduced circulating amount of a protein called zonulin in the blood. Zonulin is the protein responsible for increasing the permeability of the gut barrier and causing leaky gut. So not only did the B420 strain help with weight loss and metabolism, it also helped our gut immune barrier and reduce markers associated with leaky gut!

While this research is very exciting, it is very important to consider a critical piece of information. To expect the benefits associated with a study using probiotics, it is critical to use the exact same probiotic strain used in the study. All probiotic therapy will soon be geared at using the specific strains that are studied in human trials.

Think about it like this; just because two people say they own a canine, does not mean that they both have German Shepards. In fact, one might have a chihuahua and the other might have a St. Bernard! Each sub species of dog was bred for a specific reason and specific traits and serve very different purposes besides being a companion. The same holds true for probiotics. Different sub strains do not have the same action on the body so to get specific benefits seen in well-designed human clinical trials, like the one above, you must use strain specific probiotics or risk having no benefit at all.

Luckily, one company has worked directly with the probiotic manufacturer to bring B420 to the market and is available in the United States without a prescription. Visit my online store for a special offer on this remarkable product. I also encourage you to read my other blog outlining the other key factors needed to lose weight long term and transform your body.

A Naturopathic Doctor’s Recommendations for Immune Support During the COVID-19 Outbreak
March 16, 2020