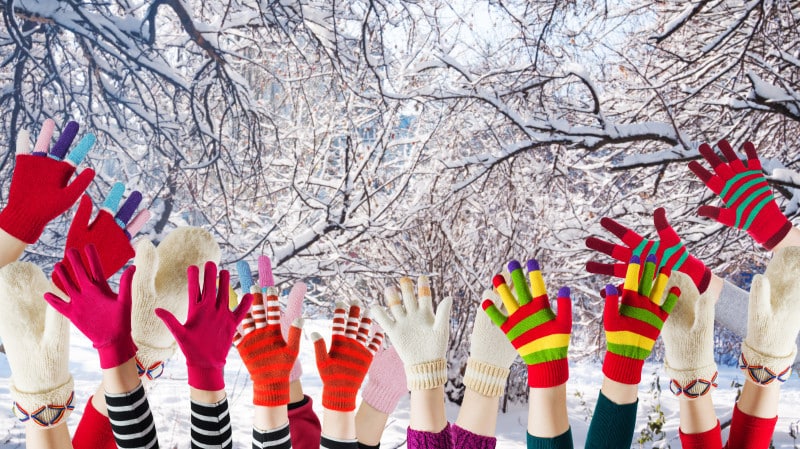 As the days get shorter and the weather gets colder, many begin to notice changes in mood. Seasonal depression, a condition characterized by low mood, occurs primarily in the fall and winter months when daylight is in short supply. It is funny to think that our brain chemistry can be influenced so strongly by light and temperature, but this is a real condition with strong impacts on mood and brain chemistry. Symptoms of SAD (Seasonal Affective Disorder) mirror those of depression, but the difference is they tend to resolve during the sunnier days of spring and summer. Symptoms can include depression, anxiety, low motivation, irritability, fatigue and food cravings to name a few.

If you think you are suffering from SAD, but are reluctant to use prescription antidepressants, there are effective non-drug therapies to consider.

Light Therapy: Light therapy involves exposure to bright light in a close proximity to replicate the effects of increased sun exposure. Research has shown that exposure to bright light alters the neurotransmitters and hormones associated with mood. Light boxes can be purchased without a prescription at an affordable cost. Treatment recommendations typically start with 30 minutes of light exposure, ideally in the morning. This light has a full-spectrum array that mimics the light spectrum of the sun. Most light boxes used for seasonal depression do not emit any UV light, which can damage the skin and eyes. Some studies have shown up to 80% of people with seasonal depression gain significant benefit from light therapy, and others have shown 30 minutes of light therapy with a 10,000 lux light box as effective as prescription medications.

The most accepted protocol is using a 10,000 lux (measured brightness) lamp at a distance of 6-12 inches for 30 minutes in the morning. This type of treatment may seem time consuming and cumbersome, but it offers an effective, non-drug approach to treating seasonal affective disorder. I recommend putting it on your desk and using in the morning while checking email. Women may use the light while getting ready in the morning, depending on routine.

Many of my patients improve when using light therapy for both seasonal depression and mild cases of the wintertime blues. It consistently works for most when used as prescribed on a regular basis. Who would have thought that light could be the key to a low mood?

St. John’s Wort: One of the oldest remedies for depression, St. John’s Wort has been used by cultures around the world for its mood enhancing and anti-viral properties. Numerous studies have put it head to head with prescription anti-depressants, and most have shown equal efficacy, but without the side effects associated with prescription medications.

A 2008 review article published in the Cochrane Review investigated the effects of St. John’s Wort on depression. The study looked at a total of 29 trials with 5489 patients. Of the 29 trials, 18 compared the effects of St. John’s Wort vs. placebo, and 17 compared its benefits vs. synthetic standard anti-depressants. The authors concluded, “The available evidence suggests that the hypericum extracts tested in the included trials a) are superior to placebo in patients with major depression; b) are similarly effective as standard anti-depressants; c) and have fewer side effects than standard anti-depressants.” The authors continue to comment that extracts of St. John’s Wort vary significantly and results may vary depending on the quality of the extract.

St. John’s Wort’s botanical name is Hypericum perferotum. One reason for this name is the appearance of the leaves. If you hold a St. John’s Wort leaf up to the sun, you will see tiny holes all throughout the leaf that look like perforation, hence the reference. Herbalists are taught to remember St. John’s Wort’s affinity for supporting mood because the effect of the perforation “lets the light in”. As we discussed earlier, increased light exposure improves seasonal depression, and this herb’s unique quality of letting the light in seems to correlate with what studies show when it comes to seasonal depression.

At the end of the day, if you have seasonal affective disorder or suffer mild depression in the winter months, you have safe, effective non-drug options to explore. Starting with a light box or trial of St. John’s Wort are great options. If you are on other medications, I recommend starting with the light box. For those unsure if they can put in the 20-30 minutes every morning, St. John’s Wort is a great place to start. Typical dosing is 300mg 3x daily, and max benefit is typically seen around 3-4 weeks. If you are unsure about taking St. John’s Wort because you are on a prescription medication, make sure to check with a knowledgeable health professional before starting.

It is also important to make sure you have your Vitamin D levels regularly checked, as this can also be a factor in regulating mood during the less sunny months. A simple, insurance covered blood test will reflect whether or not you need more vitamin D. Vitamin D supplements are widely available and inexpensive. In addition to supporting mood, increased vitamin D intake is also associated with improved immune function which is important during the months. In fact, some researchers speculated that flu season occurs during the winter months due to reduced sun exposure and subsequent drops in blood levels of vitamin D. Doses between 3,000iu-5,000iu of vitamin are considered safe for long term use in adults, but vitamin D can be toxic so it is best to have blood levels monitored by a health professional.

Unraveling the Mystery of Gluten
November 20, 2015